You are here: Home / Story 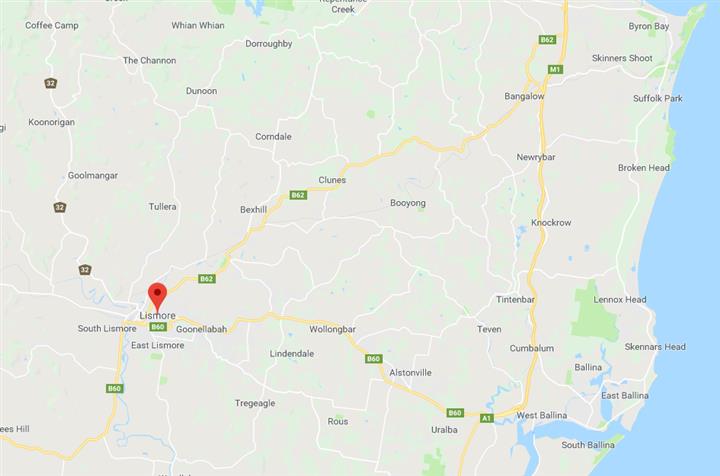 On this day, Lismore surrendered to the flood waters from Cyclone Debbie.

As a few days earlier on Tuesday 28 March 2017, Cyclone Debbie made landfall in far North Queensland. Before moving down the east coast of Australia to Lismore and the Northern Rivers area of NSW.

Along the way, Cyclone Debbie left a trail of destruction and heartache. 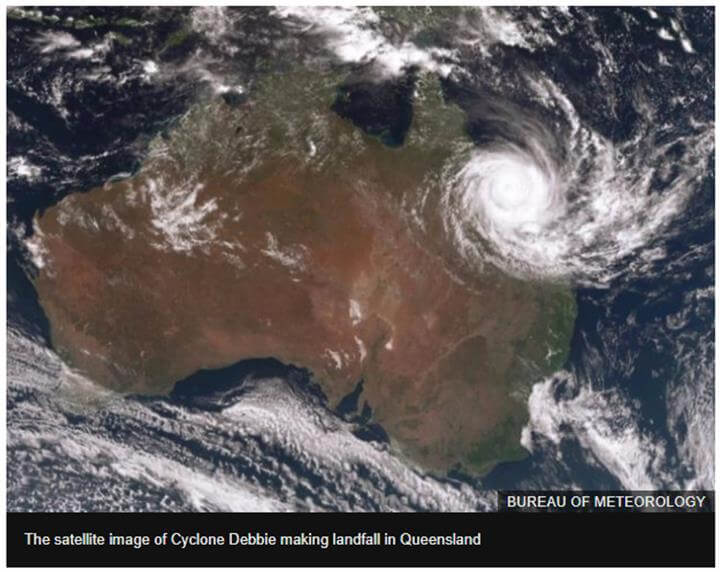 Debbie was a severe category four storm. And one of the most costly tropical cyclones in Australia since Yasi in 2011. Cyclone Debbie smashed rainfall records and caused widespread infrastructure damage. Mass evacuations and several tragic deaths.

Living in the Northern Rivers area, we tuned in for the latest Cyclone Debbie updates.

The situation was grim.

It was reported that 20,000 people had been evacuated. 10,000 without power or a safe water supply. And the State Emergency Services had made around 330 flood rescues in 36 hours.

Then we saw this video report from Hamish Broome for the Northern Star, which said: 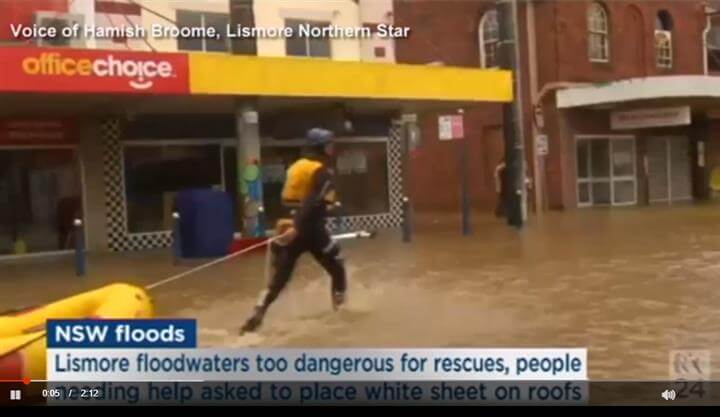 And we said: “That’s OK if you have a white sheet to place on the roof.”

But what if you don’t? What do you do?

How are you seen by search and rescue if you need help?

At that moment, we knew it was time to make our product. Because The Survival Sign (as it was named) could not only help people who become lost. It could also help people in distress in a natural-disaster like the Lismore flood.

Being a material SOS signal. It’s designed so you can spread it out or tie it to a roof. Hang it in a window. Put it over the roof or the side of a car. Lie it out flat on the ground or tie it to a solid structure to help you to be seen by search and rescue.

Born from an idea and a large piece of cardboard. A few metres of fabric, tape, scissors and letters made from paper. Along with a belief and a determination to help people.

Here’s how we made the first Survival Sign in 2017. 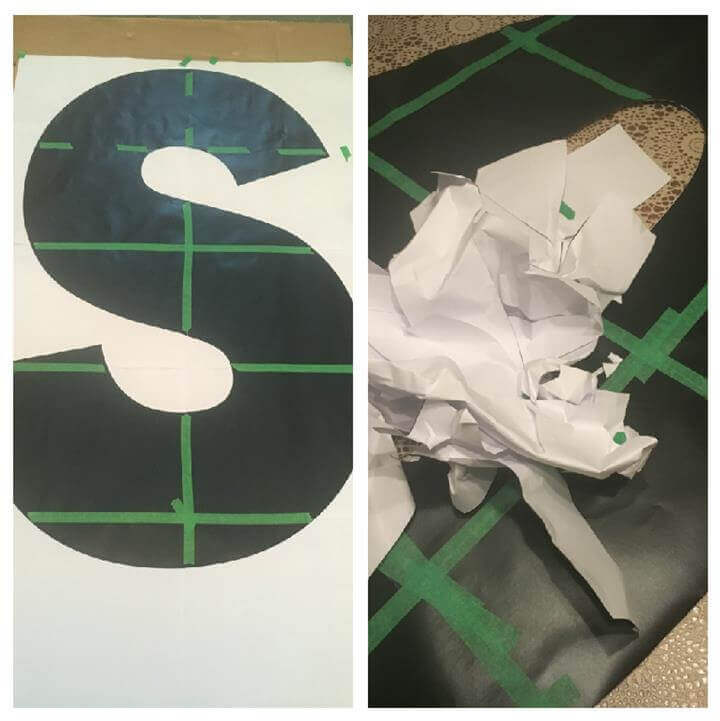 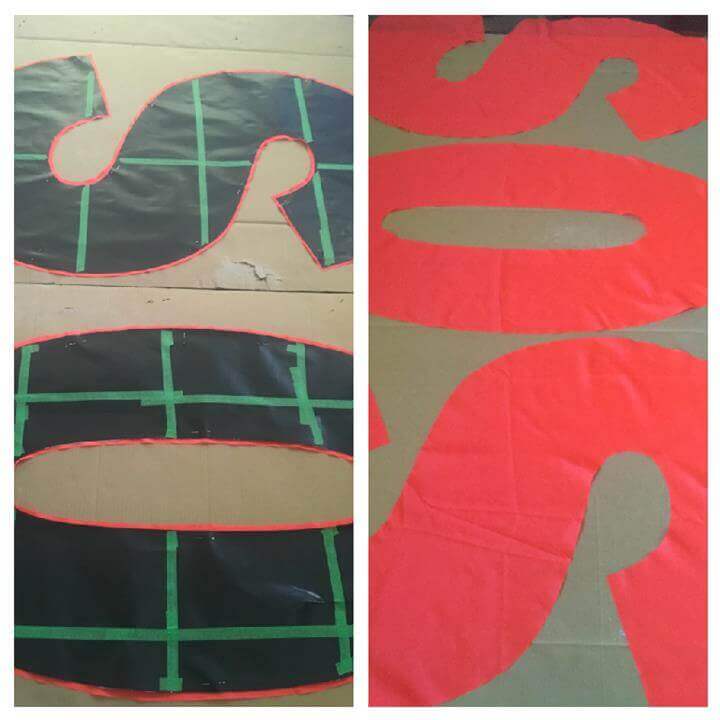 So from humble beginnings. The Survival Sign is now made from a polyester ripstop material. With retro-reflective properties and colours that are noticeable from any background.

The fluorescent Yellow sheet is approximately 1500mm(W) x 2500mm(L) with high-visibility Orange SOS lettering visible on one side. 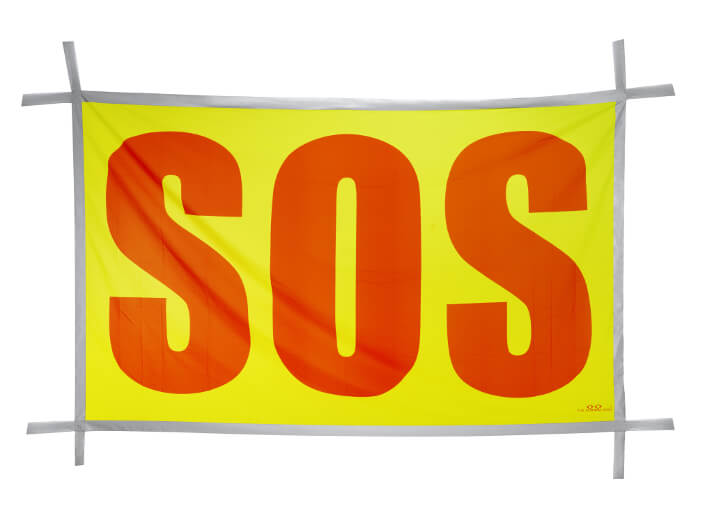 The Survival Sign perimeter and tying functionality is a 3M™ Scotchlite™ Grey retro-reflective tape. The tape extends horizontal and vertical 900mm at each corner. When it’s illuminated by a light source, it can enhance its visibility in low light conditions.

The Survival Sign comes in a storage or carry sack. It has a drawstring closure as well as a hook to store or carry your SOS signal. The sack measures approximately 100mm(W) x 300mm(L) x 225mm(H) with the letters SOS on the exterior.

It’s made in the same colour and material as the SOS signal, helping to make it easier to locate in an emergency. The SOS signal and sack together weight approximately 500g making it easier for you to store and carry.

Also, if the SOS signal is horizontal, vertical or upside down, it always reads SOS.

The idea of The Survival Sign never changed but there were a few iterations along the way. As it had to be visible, lightweight, durable and have the strength to perform.

After many roundtables and a few back to the drawing board moments. We arrived at a prototype that was ready to manufacture. A product to help save as many lives as possible around the world and one we would be proud to bring to market.

Register for your FREE Replacement Guarantee: Details on the store policies page.

What you can do next. You can read The Survival Sign overview, FAQ’s and about us. Need help? Contact us. 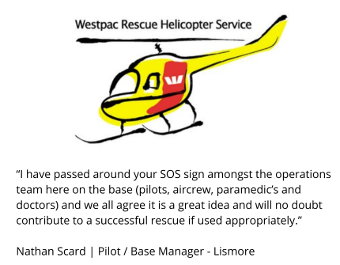 Store or carry The Survival Sign. It could be the difference between life and death in a survival situation. 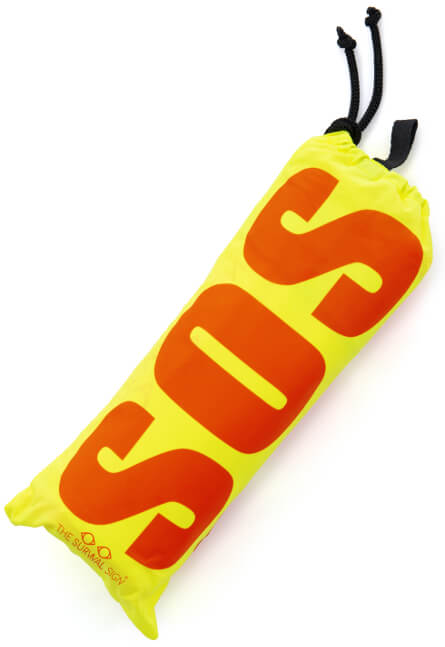 Go to the store

The Survival Sign is an SOS signal
made to help you if you are lost
or in distress to be seen by search
and rescue in a survival situation.

#thesurvivalsign because it can help save lives.